SYSTEM SELECTED BY FRENCH ARMY FOR OPERATION SERVAL IN MALI 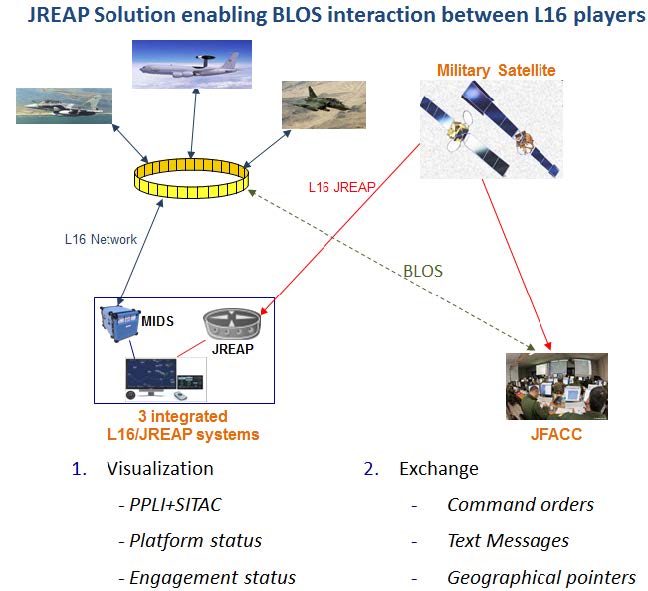 The Theater of Operation over Mali SERVAL, considering the strains and lack of permanent radars means (the radar coverage of the Operational Armed Forces’ progression area is only obtained in the presence of the AWACS) makes the coordination in 3D particularly difficult. Joint Forces Chief is thus deprived of a part of his freedom of action, reducing his ability to choose the necessary means and to assure an efficient flow of actions.

To improve the interaction between C2 centers in charge of the 3D coordination, DIGINEXT has equipped the French Armed Forces with three JRE systems to extend the L16 from a line-of-sight capability to an over-the-horizon capability.

The integration of this new capability

The main function of the JREAP is the extension of the L16 network scope. These systems are built, through a better communication between all 3D players and C2 centers in charge of air-ground and air-air operations, to provide Joint Forces Commander with more flexibility in the use of his resources (Jets, helicopters, UAVs…).

The JREAP link between the two Armed Forces’ nodes was established in Mali six days after the Detachment arrival in Gao. This period includes the three days of conveyance, which where necessary for the deployment of MIDS-ground station integrating the JREAP on an air-PC.

STARLINX system is a software application enabling the display on cartographic background of a tactical situation established on the L16 and disposing of L16 Command (order). It also allows the free exchange of Command, text messages, pointers and tracks with the other L16 network participants.