We build professional systems that mix together real and virtual worlds 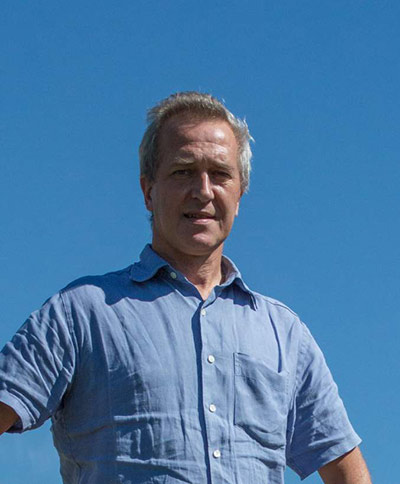 Having graduated from an engineering school specialising in computer science, electronics and automatic control engineering (graduation in 1985) Thomas FOURQUET went straight into the field of artificial intelligence. In 1989, he joined the Naval Programming Centre as Head of Development of Naval Command Systems (AIDCOMER). In the three years that he spent in this dual institution (Navy/DGA), Thomas FOURQUET was able to observe two things that would go on to guide him throughout his professional career.

1) The rise of networks, the importance of information-sharing, the necessity of making future systems interoperable and the complexity of the process required to overcome all the technical, economic, political and even cultural obstacles.

2) The user is at the core of these systems, and specifications for such systems cannot be produced without involving the user. The Naval Programming Centre was able to offer the advantage of bringing engineers and users together in one place.

In 1993, Thomas FOURQUET established the company MOSAIC (Methods, tools and services for architecture and integration of information and communication systems). Specialising in the analysis of interoperability problems, MOSAIC developed MADIOS, the army data administration method. From 1995 focusing mainly on operation of command systems, he was concerned with the issue of interoperability of combat systems, and in particular with understanding the operation of Tactical Data Links.

In 2002, Thomas FOURQUET joined DIGINEXT as Managing Director (the company then comprised 20 employees) with the intention of continuing development to attain a position of expertise in the field of Tactical Data Links as well as other niche markets for DIGINEXT particularly in the civilian sector.