eVACUATE, as its name properly delineates, is a project focused on addressing citizen safety during complex evacuation processes following normal and abnormal events through the creation of a holistic system able to identify, designate, and sustain a dynamic active evacuation route under any circumstances.

eVACUATE is developing the intelligent fusion of sensors, geospatial and contextual information, with advanced multi-scale crowd behaviour detection and recognition. The structured fusion of sensing information with dynamic estimated uncertainties on behaviour predictions will provide eVACUATE with better understanding on crowd dynamic models, as well as on virtual reality simulations of crowds in confined environments.

Thanks to the CRIMSON and Inscape products, DIGINEXT is in charge of the 3D COP (Common Operational Picture) and simulation subsystems, respectively. Therefore, DIGINEXT is managing the specification and design of these subsystems, the implementation of its 3D environment service and its visualisation, the interoperability modules as well as the scenario editor. These subsystems represent the main part of the user interface, involving DIGINEXT in the analysis of the end user requirements, the definition of scenarios and the validation phases.

In the frame of the eVACUATE project, CRIMSON and Inscape have been deployed into four pilot sites: the Anoeta stadium in San Sebastián, the Bilbao subway, the Athens International Airport and STX cruise ships. eVACUATE website

Cultural heritage institutions nowadays face the important challenge of making their collections more engaging to visitors, while exploiting, in new forms of cultural interactive experiences, the recently developed digital libraries. CHESS is all about the research, implementation, and evaluation of an innovative technological framework that enables both experiencing personalized interactive stories of cultural sites and the authoring of these by the cultural content experts.

These interactive scripted visits are in straight connection with the visitors’ preferences making the cultural visit, a wonderful personalized experience. Essentially, the CHESS project proposes to create narrative-driven cultural “adventures” through hybrid structures, which would continuously adapt to their visitors, extend over space and time, and involve multiple users. 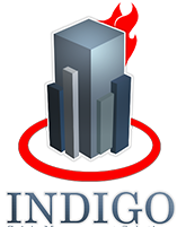 The INDIGO project focused on the research, development, and validation of an innovative system which integrates the latest advances in Virtual Reality and Simulation in order to homogenise and enhance both the operational preparedness and the management of an actual complex crisis.

This system, based on DIGINEXT’s VirtualGeo and Inscape products, enables first-responders, decision makers, and policy makers to better prepare and manage a crisis, real or simulated. These innovative tools featuring a 2D/3D Common Operational Picture and enhanced collaborative tools will prove essential for training personnel and planning operations. INDIGO gave rise to CRIMSON, a sense making solution supporting the chain of commandment and the first-responders during crisis and security operations, facilitating crisis management and co-operation across organisations and nations.

DIGINEXT was at the head of the V-City project, managing the research, development, and validation of an innovative system integrating the latest advances in Computer Vision, 3D Modeling, and Virtual Reality for the rapid and cost-effective reconstruction, visualisation and exploitation of complete, large-scale and interactive urban environments.The focus of the project on urban environments was not only made possible by the latest technological advances, but also justified. Urban environments represent one of the most important and valuable cultural heritage as acknowledged by the UNESCO.

The top European research teams involved have presented early results from the project at major international conferences such as SIGGRAPH. Based on VirtualGeo, a product from DIGINEXT, this project has been considered by the European Commission, as well as experts in the field, as an innovation of prime importance.